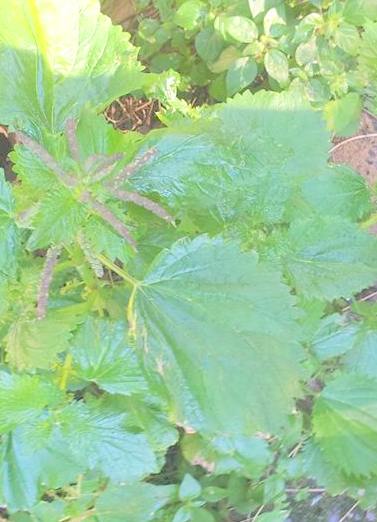 Nettle is one of the most important plants in medicine and healing alternatives and in the magic tradition. It belongs to Urticacee.

Rich in iron and folic acid is used against anemia and arthritis and diarrhea. In fact, the folic acid contained in the abundant chlorophylline of the leaves stimulates the production of red blood cells but the nettle is also a hemostatic plant, in fact it is used against nasal and uterine hemorrhages.

The nettle has diuretic – purifying – vasocostringent properties – rich in silicon that fortifies the immune system but also minerals and vitamins and facilitates digestion and food assimilation and firm diarrhea.

Medicinal nerve is a miraculous plant because it is also one of the few plants that has the capacity to increase breast milk production.

Also used in outdoor use successfully against baldness and dandruff to make hair shiny and against eczema or rashes and acne.

How to prepare an infusion for remineralizing and purifying?

Pour the nettle into boiling water and let it infuse for 10 minutes keeping it covered.

After that you filter the infusion and throw it away from the meals by adding if you want a teaspoon of honey.

Or against biliary calculations you can boil the roots in the milk and after filtering lukewarm.

In magic there is a special place, in fact the nettle is used in fumigation against negativity and maliciousness – the root is powerful to absorb illnesses and negativity. The nettle has an important role in the protective spell for instance in the rituals of removal of unwelcome people and in the purification-

How to make a protective talismanic bag?

In a small square of green or black cloth, place 3 nettle leaves and 3 grains of pure incense then add a nettle root and close with a cord. Of course you will have loaded and energized before the magic ingredients!

The name comes from the Latin “urere” burning, irritating, because of its stinging properties.
In herbal medicine and herbalists is used as anti-rheumatic, diuretic, anti-diabetic and anti-anemic.
Ancient peoples were of fresh nettle packs to put in joints affected by rheumatism, but also used after it is boiled to wash the body of the sick with fever. Thanks to the large amount of chlorophyll the nettle is a dale revitalizing properties plant both for the external care of the body, as for example, emollient, in the scalp, against dermatitis but also as a tee or decoction or the leaves pressed to the stomach, for a cure tonic to purify the blood, against kidney stones, and as anti-rheumatic effect.
The magic is known as plant protettrice.Si says you have to put down roots and leaves of nettle in a magic bag to ward off the evil eye and curses both people of spaces. in Smokes is an important part of the protection in magic rituals. It was also called the plant of desire and courage, as it absorbs negativity and turns them into harmony and positive energy.
For the old germans this plant was sacred to the god Thor as emblem of courage, of honor, and justice.

The nettle is from the nettle family, it is a plant known and often dreaded.
In the old magic the nettle have a very important role for the protection, to break evil spells, to ward off unwanted people from our lives and absorb negativity and disease. It is associated with Mars and gives a particular strength to every ritual. The pagan peoples used to spread it around the house to ward off evil and throw it on the fire to ward off dangers and gossips and even more later in exorcising magic. It was also used as an aphrodisiac and in the rituals of red magic. In the magic is used in banishspells, in protective bags, for protections smokes and bath and to eliminate the negativity present in the environment.
The leaves are rich in minerals, especially iron, phosphorus, magnesium, calcium and silicon, substances that make diuretic and cleansing; also contain vitamins A, C and K, formic acid, tannino.Infatti l’ortica has properties purifying, diuretic and alkalizing, recommended to treat rheumatism, arthritis, kidney stones, gravel, and to encourage action purifying and diuretic.
Nettles has a great ability to alkalize the blood and facilitates the elimination of acids of metabolism.Anche waste for feeding is cure diseases such as iron deficiency anemia or after bleeding, tonic and is therefore useful in case tonificante.Emostatic for nasal bleeding and menstruation. Nettle stimulates the secretion of pancreatic juice and helps to work the gallbladder, also useful if you have diarrhea. Emollient: to treat eczema and acne, against hair fall, dandruff and regenerates the skin.
How to make an herbal tea? Place the nettle brew for about 5 minutes in boiling water and sweet it with honey if you want to drink it otherwise you can use the water as a rinse for the hair or oily skin. A decoction? Boil stems and leaves, and after about 20 minutes if you want to filter and sweeten with honey. You can eat the’ortica boiled or raw as a salad.