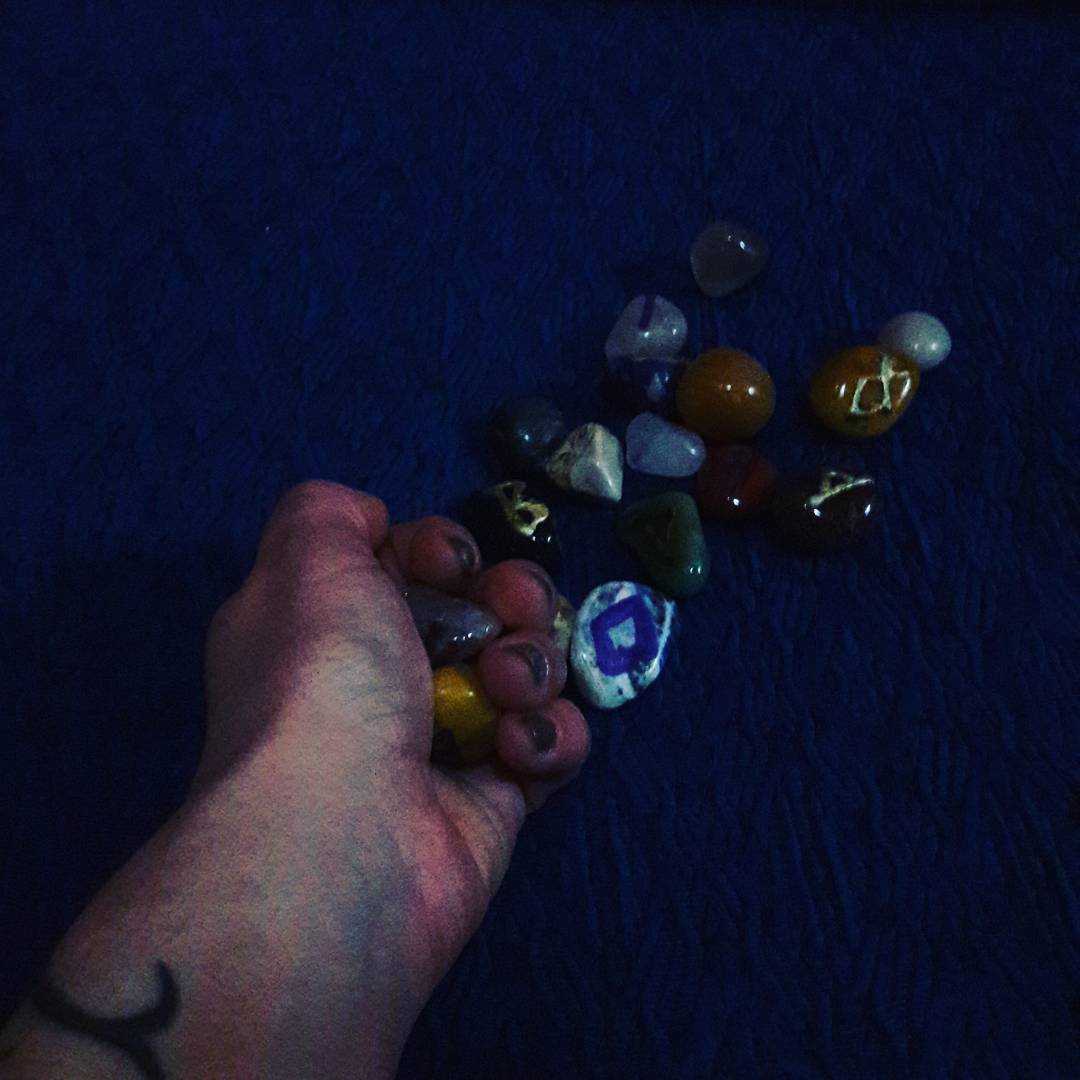 Protection ritual.
At the beginning you should only
meditate briefly, first a few minutes and then increase up to a quarter of an hour.
The best times to meditate are early morning or evening, in in
peace and tranquility.
If other thoughts disturb you and disturb you during meditation
come back to focus on breathing.
Recite the Mantra during meditation 3 or 9 times by breathing.
The volume will decrease after every Mantra until the
last Mantra that will be said is in the mind in the body.
In the first place, one breathes with the idea of ​​the power of Rune.
You can also paint the rune or with sticks to draw it in the ground or do it
rune form with pebbles or leaves or petals.
Imagine solving the problem for which you are taking advantage of the power of the rune.
In time you will be transformed as you and the runes will be quickly with one
one thing, one sound, one form, one force.
EXAMPLE OF Meditation with the Runa IS
Stand in a vertical position as if you were a messenger in between
Heaven and earth, breathe the influence of Is’s power, and let go of this power with
every exhalation.
IS – say it slowly
iiiiiiii …… ssssssss ….
the word IS, feel it from head to toe,
let it flow throughout the body.
Meditation on the ground
CLIMBING AND OUTDOORS!
We imagine how the energy of the earth enters the plant of the feet, rises on
legs becoming stronger and stronger with the pulsations from one and finally reaches the
whole body.
So this energy is taken from the earth,
drained through the arms and legs and inhale it and hold it back and then
exhale it let’s imagine how
The contrary and negative energy makes the opposite journey in our body and the palms die
they send her back to the earth.
EXAMPLE WITH THE RUNA URUZ
We use the Uruz rune, let’s say uuuuuuuurrrrruuuuuzzz
slowly and loudly, we feel the power of this Rune and always pay attention to the
breath!
Feel the strength, the characteristics you always ask before starting the meditation
what you need, choose the right rune!
Ritual protection for meditation with the Runes
It is called a cape of runes.
It is practiced with the Hagal or Ehwaz rune.
Let’s start with the palms of the hands turned inside the body, at the height of the
One fingertip of both hands close to each other is opposite each other
touch each other, do an abdominal breathing exercise by focusing on the rune
that we have chosen.
Then we form a circle, lowering our arms first downwards
body until touching the feet, the palms of the hands always facing the inside of the body
body, we go back to the sides of our body coming to the head and pouring back up to the
start position.
During this exercise we say or sing in a low voice the mantra of the rune, his
name slowly imagine us a sense of protection and defense.
We can also imagine inhaling by breathing from a hollow in which it is enclosed
strength of the rune, its divine and primordial protection