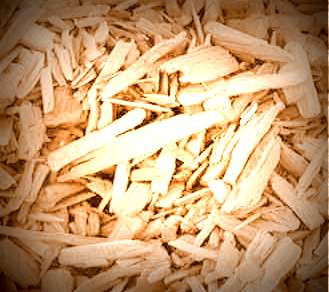 The white sandalwood comes from the album tree Santalum and is native to India, where it is called the holy tree and dedicated to the goddess Shiva.

The smoke is spicy and woody, and is used in India in the funeral because the sandal is given as a gift to accompany the souls of the dead to light. Sandalwood is therefore used for ceremonial rituals, but also for all the rituals in which one wants to let someone or something go.

It is also burned as fumigation in the search for visions and prophetic dreams that bring us clarity and to deepen intuition but also to elevate our subconscious to consciousness. Therefore, sandalwood is able to open the astral and otherworldly doors and even our mind becomes more accessible and ready for contact and receiving messages. It is also used as an aphrodisiac.

Sandalwood is like a bridge to our abilities and to other worlds. Sandalwood is an ingredient that can not be ignored in spells and rituals of protection and destruction of negativity or negative entities.

Also used for site clearing. Also in curative and ayurvedic medicine it is used and treated above all to calm the nerves and against anxiety and cramps.

The botanical name is Pterocarpus santalinus and its scent is more herbaceous and woody than the white sandalwood. He also comes from India and Burma, but is also widely used in Japan in all ceremonies and prayers to the Buddha. Because of its color, it is often used for dyeing fabrics, but also for the construction of temples.

Its effect is more powerful and stronger than the white sandalwood, especially as an aphrodisiac and often also used in exorcism and love spells.

Sandal in healing and medicine

Sandalwood is used as a powder or oil in Ayurvedic medicine and naturopathy.

Sandalwood is used primarily for the Psyche: soothing and balancing and gives peace and relief to inner pain, especially in cases of mourning. But also against depression and all enviable impulsive emotions like aggression and anger.

Besides this it is used against headaches and muscle tension and nerve problems.

In East Asia it is often used as a powder mixed with water as a mask against acne or oily skin or aged and tired skin. As an oil it would also be used to counteract impotence in men but also in women to alleviate pain in menstruation.

Sandalwood is the most important timber tree in India of which is under protection and there are 16 types of sandalwood are actually expensive than gold.
A characteristic of the family is the surprising regenerative power of roots. After damaging the mother plant new saplings up to seven meters from the original master will appear. In magic, it is seen as a rebirth, unification, fertility.
Sandalwood has a warm, woody-balsamic, sweet scent of harmony with all other wood scents, but also with floral scents.
the sandalwood is said to have a versatile effect, in the magic and in the healing and cosmetics.
Promotes creativity and imagination, cheer, give peace and contentment, calming against panic and fears, mood swings and insomnia. Sandalwood shows us the way to inner peace and balance.
Psichologisch clears the mind, promotes concentration and alertness, is often used in meditation and Relaxing as smoke.
The australia African shaman often smoke Erten sandalwood around when the deceased for verabschieben and facilitate and accompany the journey to the other dimension to. In India, the most important component of the smoke stakes for demons and cursed is to capture, as an aphrodisiac applies since eternity sexually very stimulating. The magic tools like seal must have cleaned with a smoke of sandalwood, myrrh and pine resin and geschutz werden.Sandelholz awakens spiritual energy, stimulates the creative forces, is used in the Magic analyzes.