In almost all esoteric traditions the magic circle acquires a unique importance and particularly in magic rituals but also in esoteric protection.
The Magic circle symbolizes the border between earthly reality and magical reality, is the site where performing the ritual protection is greatest, in fact very often is called the circle of protection.
The circle is the alpha and the omega, has no beginning and no end, is unchangeable, perfect, indefinable and impassable by everything that is out of the circle, and in magic rituals is the place where the entity can not enter unless invited. The magic circle is the monitor and remote from our negative energies defining our safe and sacred space. From the most ancient traditions – Babylonian, Sumerian, Norman, celti- is the deity that the divine characteristics, such as peace, love, protection, were symbolized by the shape of the circle.

As you trace the magic circle?

We position ourselves and draw a circle around us and all altar.
Traditionally, the magic circle is drawn clockwise with salt, this is the most simple method is also known because the salt is anch it a symbol of purification and protection.
The Celts very traditional people use the Athame, tracing in the air circle evoking the elements.
You can also use the magic wand, the magic knife or the magic sword to create the circle in the air.
If you work in nature you can form a circle of stones or pine cones or flower petals.
In the Kabbalistic tradition jew is used to form the circle and recite the magic cross.

Inside and outside the circle.
Normally inside the circle it is a small altar where there are magical tools and the 4 elements then a candle, incense, water, sand or earth.
Outside the circle normaly is the magic mirror for evocations and a triangle, drawn in the air or on the ground.

As it dissolves the circle?
Normally it sciogolie counterclockwise circle, that opens the circle, the old traditions who like ceremonious ritual used to remove the circle of salt with a broom. 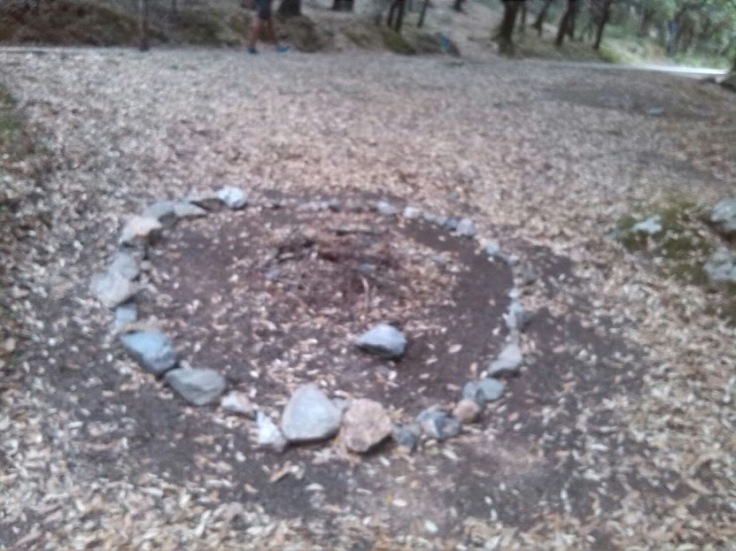